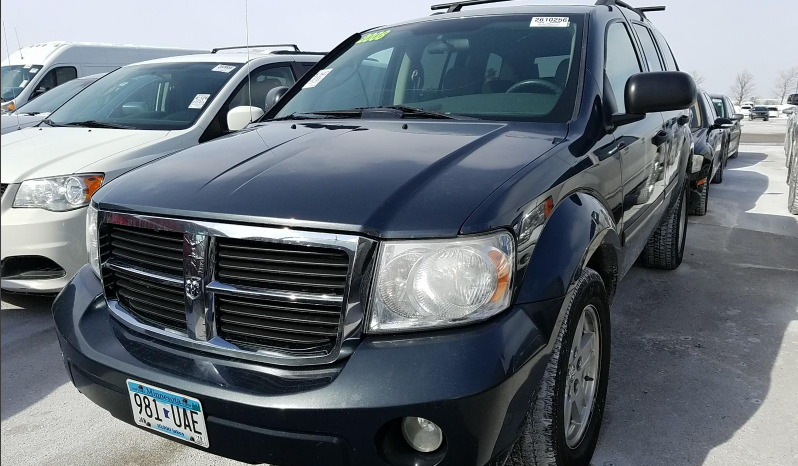 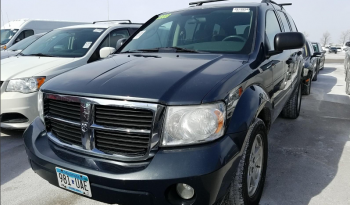 Despite the growing popularity of crossover utility vehicles, or CUVs, for those with serious towing and hauling needs there are few substitutes for a full-blown, body-on-frame SUV, among them the 2008 Dodge Durango, a seven-passenger muscle machine with a rugged and distinctive style, a fairly plush interior and the option of a HEMI V8 under the hood. Although not as large as a Chevrolet Suburban, the Durango has grown large enough to compete head-on with such competitors as the Chevrolet Tahoe and Ford Expedition. Dodge’s MDS (Multiple-Displacement System) technology helps save some gas, and alternative fuel fans will find a friend in the new 4.7-liter Flex-Fuel V8 that can run on either gasoline or E85.

If you need a roomy SUV but the thought of a full-size Suburban turns you off, check out the 2008 Dodge Durango. It offers seating for seven and still has a fair amount of room for cargo behind the third-row seat. Power freaks will love the optional 5.7-liter HEMI V8 engine.

On the road, the Durango delivers a noticeably smoother ride than its predecessor and several others in the class. The quieter interior is free from the intrusive wind and tire noise of the first generation. The steering is pretty impressive for a vehicle of this size, with good response and feedback that allow the driver to make exact lane changes and easily negotiate tight turns. Power for the base Durango is supplied by a sturdy 3.7-liter V6, with the 4.7-liter Magnum and the mighty 5.7-liter HEMI V8s as options. The base Durango is rear-wheel drive and offers the option of on-demand four-wheel drive; V8-powered Durangos have a tow/haul transmission setting that reduces gear searching by remaining in a lower gear for better pulling power.

HEMI Engine
The powerful HEMI V8 engine adds less than a thousand dollars to the price tag without a huge penalty in fuel economy.

Optional Heated Cloth Front Seats
Available on the SLT and Adventurer trims, these seats add warmth without having to add expensive leather as well.